My first Iron proest on thunderwolf conversion. Been scratching my head for quite a while on how to do this conversion, as there is no official model for this loadout and I wanted at least one in my thunder wolf army list for blog wars 9. They also beat face which is another reason to be taking one :)
In the end I kitbashed Harald Deathwolf and a techmarine together as they are both awesome models and I had them lying around in my closet of doom collecting dust. 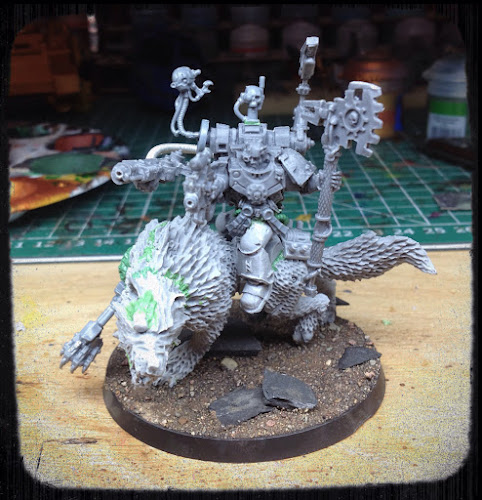 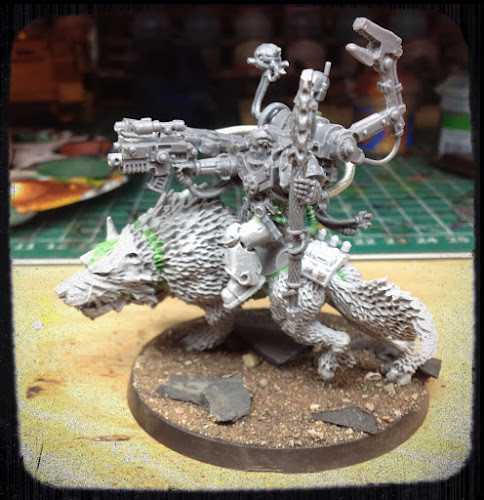 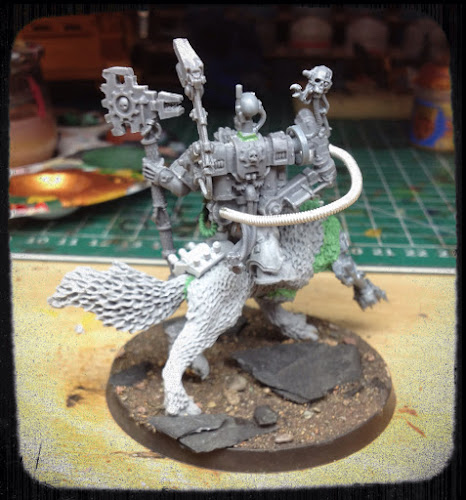 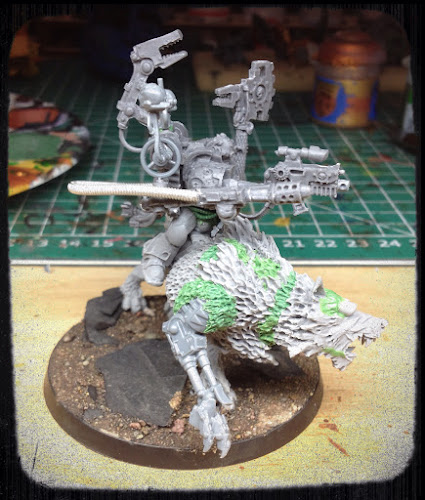 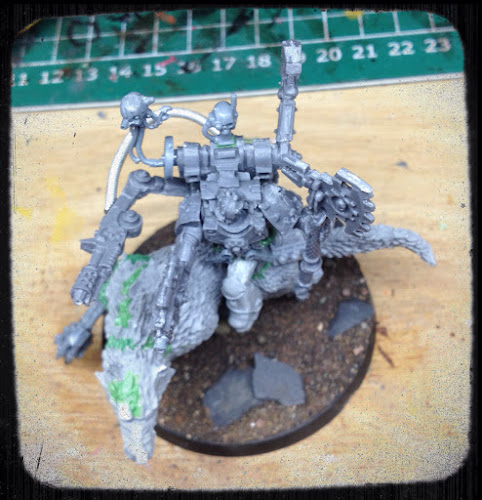 I first started on the thunder wolf by chopping the right leg off amd replacing it with a plastic leg I had in my bits box. I then carved out a niche in the eye and stuck in a targeter from a space marine bolter. Two final mechanical bits were added, one at the back of the wolf, and the other under his belly (which you can't really see in the photos). Finally the fur was resculpted on the damaged parts and to blend some mechanical bits back into the wolf body.
For the rider I began by sawing the techmarines legs off at the waist and doing the same to Harald. The torso form the techmarine and legs from Harald were then pinned together and the joints filled and sculpted back in with green stuff. Then I chose a couple of arms for the servo harness and put the rest aside as I wanted to keep a few spare for my next iron priest conversion (yes I have started another already, I am on a roll). These were then positioned to help balance the techmarine model a bit on the wolf, and finally tubing was either drilled into place or sculpted on to add more depth. Came out pretty well I think :). What are your thoughts on him?

Posted with Blogsy
Posted by NafNaf at Tuesday, March 31, 2015