Phew! As you may have guessed from the title of this post, I have finished assembling the Spartan Assault Tank, and I am very bloody glad I have!!! 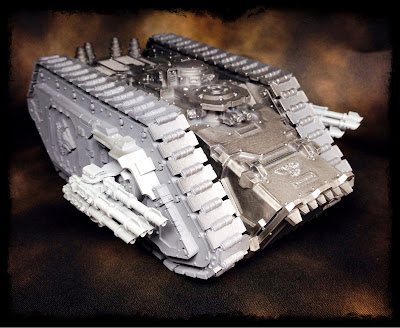 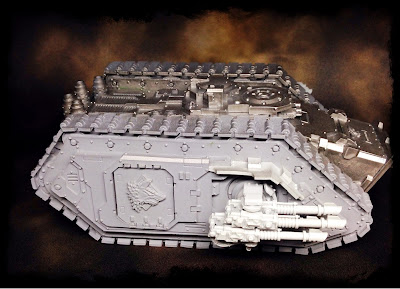 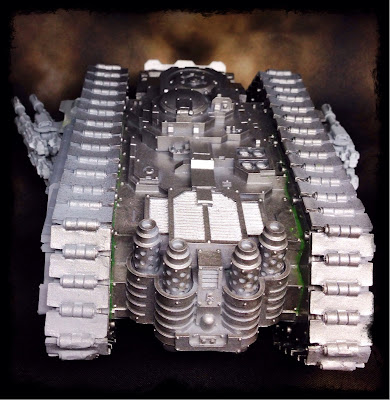 Since my last update I took a bit of a break. I managed to get as far as gluing the sides on, but with all the gaps and bent parts left to assemble I just felt it would be better for me to take a breather, rather than carry on and cock it up just because I was frustrated.

Once I had taken said break, I got cracking with the last bit of the assembly, which was the gun mounts and shielding. These were the most warped part of the tank, but when I actually mustered up the courage to start tackling all the warpage one evening, I found it to be surprisingly easy to remedy, and the rest of the assembly went like a breeze. The last steps were to fill in all the gaps from the ill fitting parts of the hull, and once this was done it was pretty much done. All I have to do are to prime the guns and then cover the rest of the tank in the metal army painter spray, ready for painting (probably next September :D). 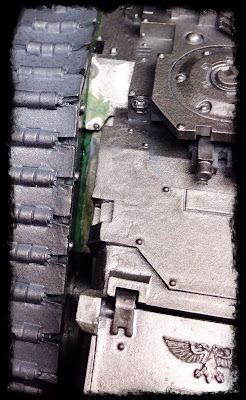 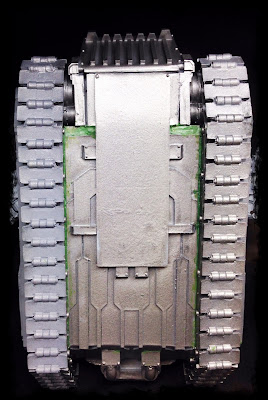 So what are my thoughts about the assembly process and kit as a whole? Well you have probably read that I did not have a smooth ride during the assembly of this tank. Now I was lucky that I had bought an updated Spartan with the tracks already cast in place (unlike Siph, who had a pretty laborious task during his assembly of the tracks) but I think that I must have had an end of batch kit that had special warping properties, as the hull just did not want to sit straight, no matter what I tried. Now I will say that I probably could have assembled it better, and looking at Turkadactyl and Siph assembling theirs made me realise that perhaps some of the fault lay with my inexperience of this kind of kit, as well as my methods of assembly. Saying that though some of the issues were definately with the casting, and I wont be doing another one on the near (or far) future. Still, I now have a Spartan assembled and in my collection, which I am very peased about, and I have hid all the gaps with greenstuff, so that it should look just fine when painted.

Thanks to everyone who took part in this little challenge, it has been great to see all those tanks coming out of the closet and onto the gaming tables!