oh my, where has the time gone!!! Got a load to update you all that I've been working on in between a mountain of essays and the like.
Been banging away at the display board for the grots over the last few months & weeks. All the building and prep work is done and dusted and I have made a dent in the painting as you can see. Building the base was alot of fun. The mushrooms were all strategically placed and textured paints layered over the milliput to give some cool textures to the base. Below are the models posing on the base and then some wip pics of various stages a I built up the board. I’m pretty happy with the layout overall, but I’ve certainly got quite a few mushrooms to paint!!! 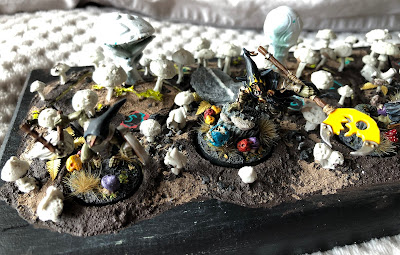 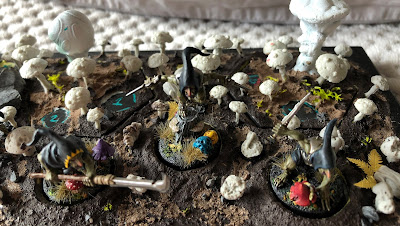 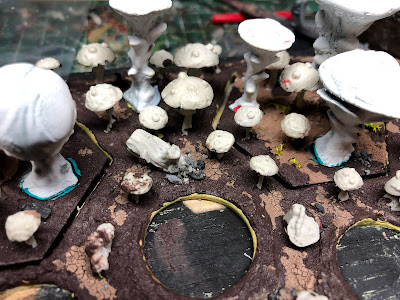 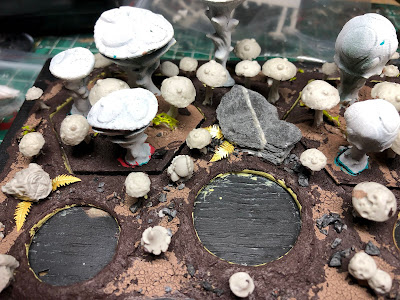 As part of the display board I wanted scenery pieces to be able to be detached and used for blocked hexes during the game. As the main board seems such a chore at the mo I decided to tackle the small chunks and go for one terrain hex at a time. Pretty pleased I did as I managed to lavish some attention onto the main mushrooms, and they look pretty cool as a result. I really like how the orange and purple combos have come out. I was not sure at first if it would work together on the mushrooms but gladly once the highlights were added I think they really pop! Not as keen on the black round shrooms, but they still work well enough, and link into the other two tiles with the colours on the bubble bits. Got to start on the main board now as I've only gor two weeks till Warhammer fest, where Ill be taking the gobbos to the grand clash and entering the base and all into best painted comp at the tournament. Hopefully post soon! Chiaw! 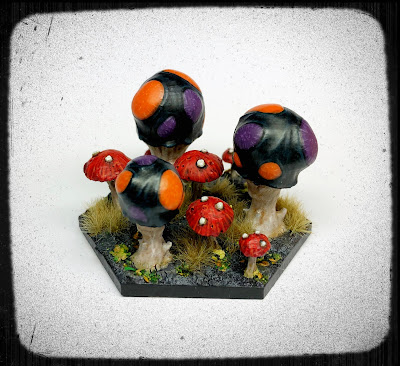 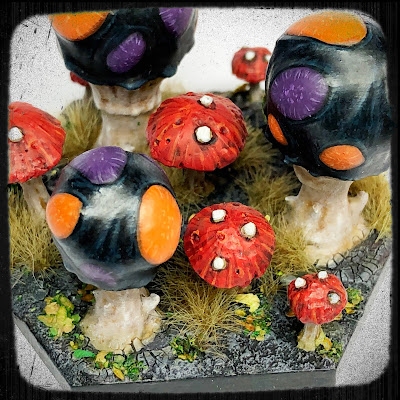 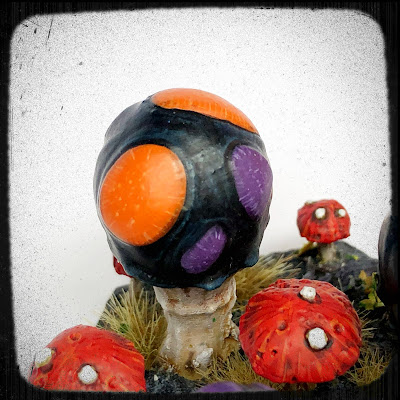 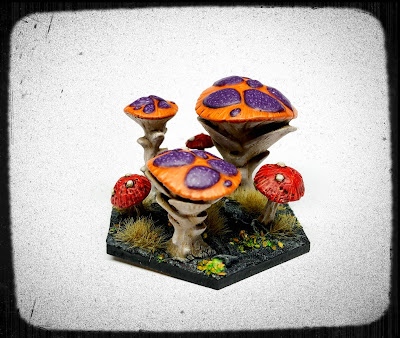 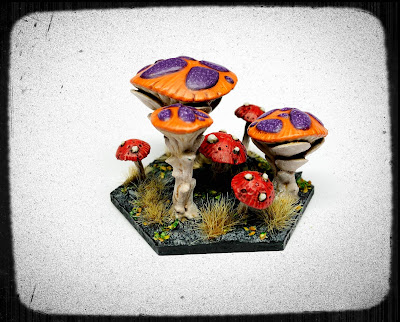 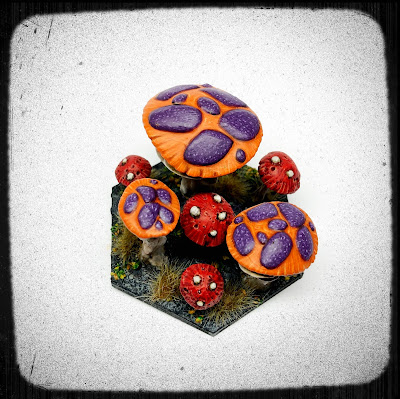 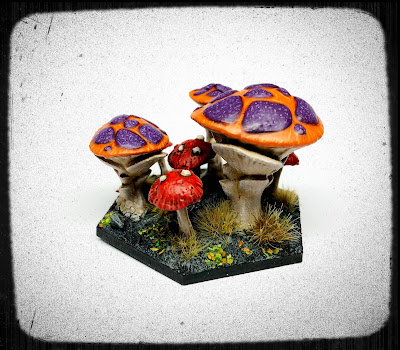 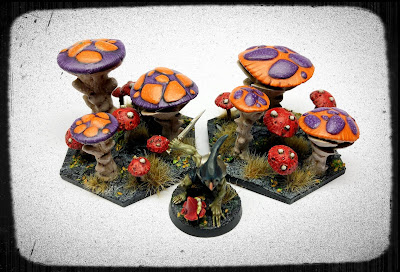 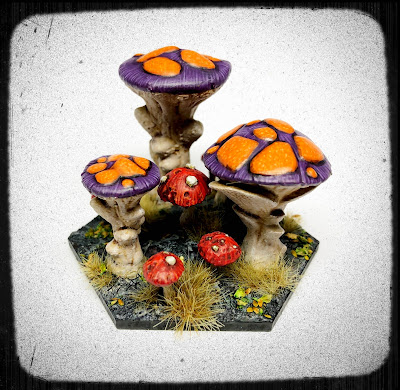 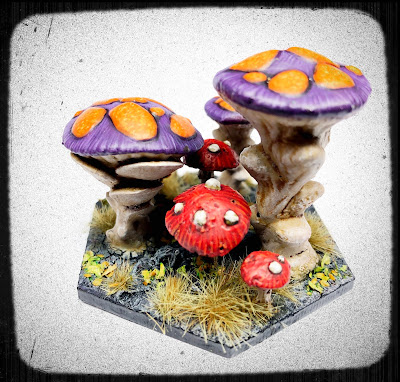 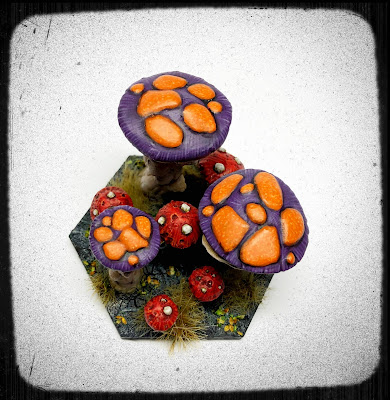 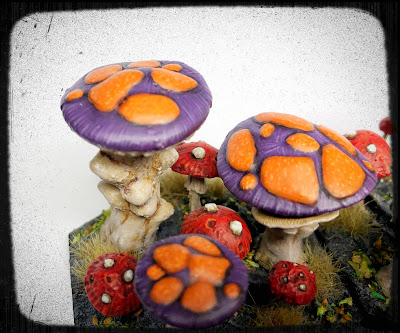 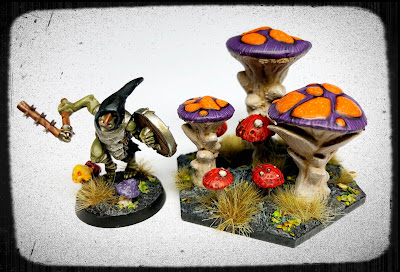 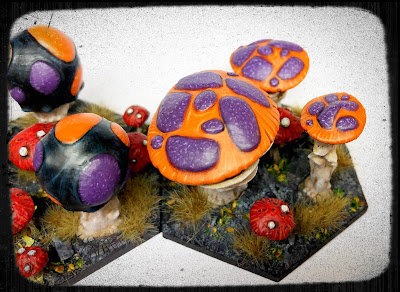