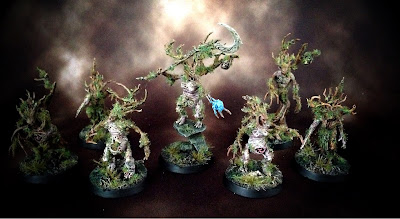 The air had gone cold and yet I couldn't stop sweating. Up here in the top of the small watchtower I peer into the endless forest below with mounting dread. My readied musket held with a deathgrip.
The three roads had gone deathly silent.
No Duardin miners from the northern hills, not a single man nor aelf came from the ancient hunting grounds where traffic was always healthy, and not a soul stirred at the Sigmarite shrine where a knight questor had guided pilgrims to the far hallowed cities. Nothing but silence prevailed....

Except for the rustling of trees. It was such a constant noise now that it was all I could do to drive it out of my mind. My patrol unit had long vanished, their bodies lost among trees that seemed to move at the blink of an eye.

I'm alone and the rustling grows louder, it feels like branches are scrapping against the inside of my skull. If I focus I can hear the tower's entrance door creaking loudly from a horrid pressure being put upon it.

I look at my musket. My only friend now amongst this hellish green sea riddled with hateful things. A close friend that can grant me a great mercy now that my ears are filled with the sound of splintering oak.

Sigmar and Allarielle preserve my soul, for the forest is rushing in to take it. I wonder if they can catch it faster than my friend can?

Been cracking on with some more shambling Dryads for the Bog Sylvaneth.  Again I used a few more plaguebearer bodies and I have now a nice even mix between tree and flesh. There was nothing too major on these sculpting wise, just blending the arms and heads into the bodies mostly. One or two had a few modifications to the legs or heads but that is about it. Nice and creepy though none the less :)

I wanted another Branchwych for larger games, and had a few bits left over from the other conversion, and an idea mulling around in my head. I had an old elf stone base in my bits box which I mounted a female plaguebearer onto. I had to extend it with greenstuff to make it look right, and then added a bit of texture for interest. I wanted her to be casting a spell so used a sprite from the Dryad kit and sculpted (badly) a few flames  from her hand. I tried to paint it in a glowy effect, which I think looks ok, but certainly there is room for improvement. Love the conversion and paint job overall though. She just looks mean!

I have just started working on a unit of Tree Revenants, which is going very well, and I am still struggling through with my Kurnoth hunters, although I have cracked the block I was having and am slowly getting to the finish line with the conversions. Stay tuned for more soon :) 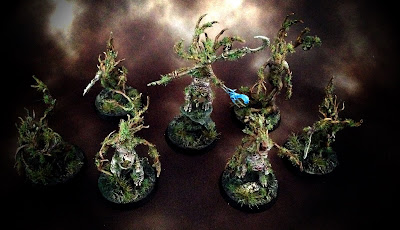 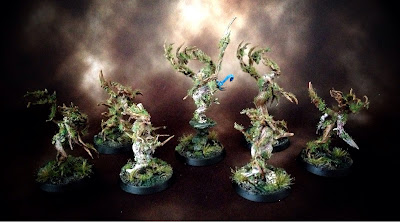 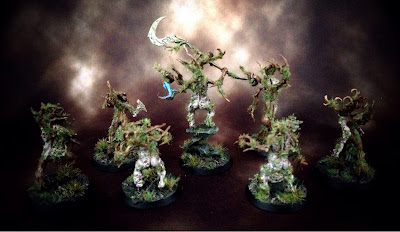 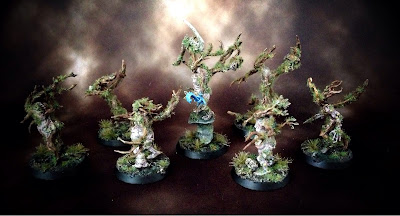 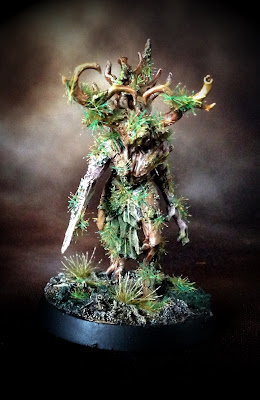 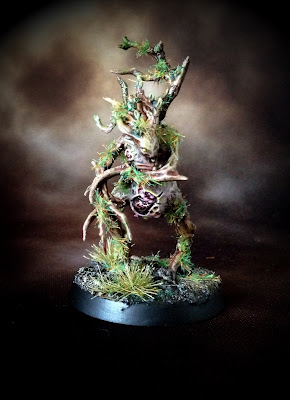 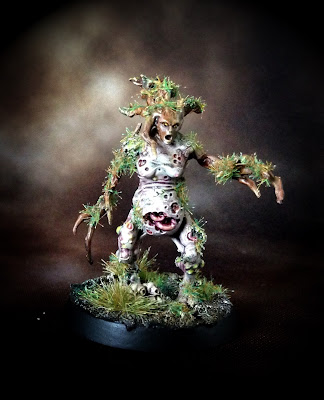 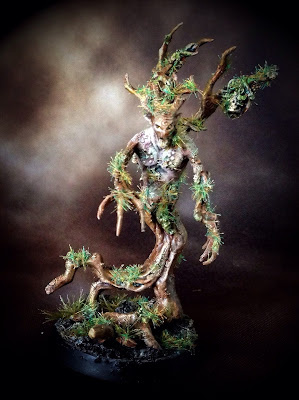 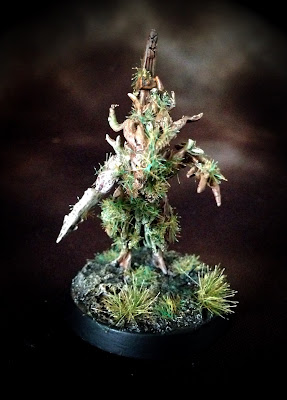 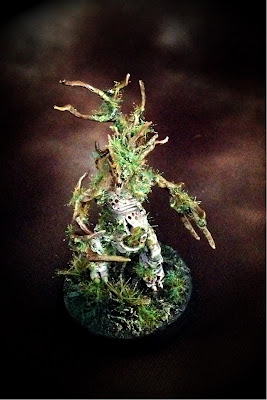 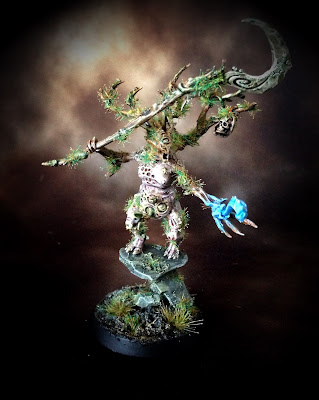