Having not long ago showcased my Incubi conversion I thought it rude not to also show their boss, Drazhar, the evil Phoenix Lord and believe it or not, a master of blades ;).

He is based off the AOS dark elf assassin model as the movement is just superd, with the flowing cape and launching pose. I actually have not done too much to this model. I used a mask and top hat (any of you who read this blog has gathered by now that I have a thing about top hats ;) ) so he fit in with his Incubi bodyguard and cos it looks cool and menacing. I chopped off the arms and replaced them with Hellion arms and blade staff ends to represent his demi klaves. A fluffy shoulder was in order for this chap and would fit perfectly with his whole 'vibe', so I added one and it looks pretty cool IMO. A feather in the hat and gem pendant on his breast and he was complete. I will get him painted as a reward after I get my Incubi all done. 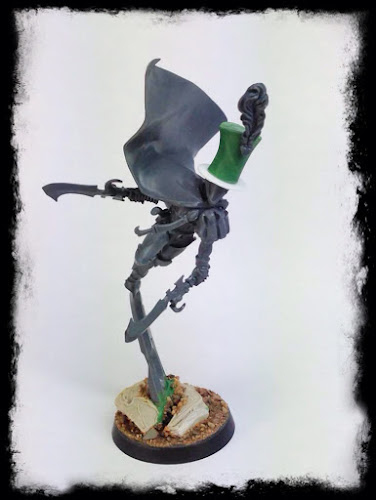 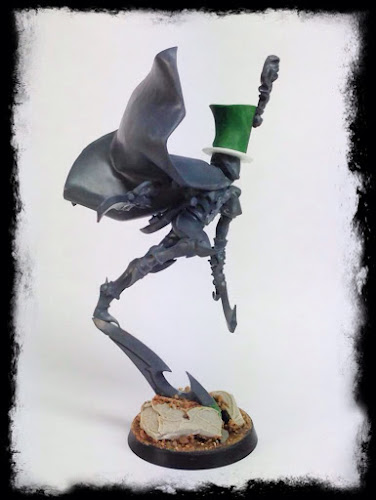 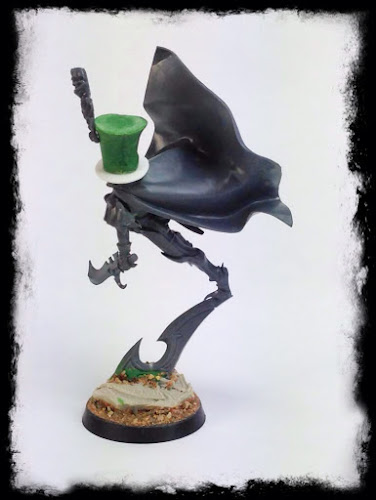 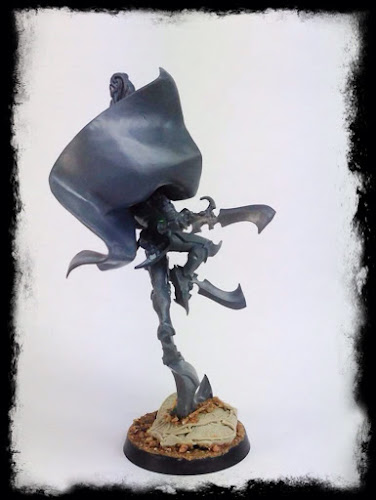 I managed to varnish my venom today, and prime the crew so hopefully next week I can show off the whole finished construct (which also means my double trouble list will be complete). I might try and squeeze in a little terrain project I have done for the army, as it will be a cool centre piece to take with me and I have a couple of weeks spare before the event (I am hol for a few which is why the venom has been a priority).