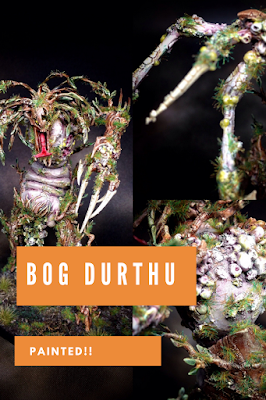 Not a sound was heard, silence reigned in the dark night. The warriors manning the walls shifted nervously, fear stirring in their souls. The encroaching wood creaked and shifted as it imperceptibly advanced, expanding where there was once fields and ponds, until the dark boughs of the first twisted trees were within a stones throw of the walls.
A few of the townsfolk at first went out with axes to hack it back, but they never returned. Now they all cowered behind the stone walls, waiting. Rumours spoke of their dead walking in the night, twisted branches and leaves sprouting through their bloated bodies, fetid bog water seeping from every orifice.

A roar echoed through the dark night. The trees swayed and cracked as a huge creature emerged from the treeline. Fear rippled through the ranks of soldiers manning the walls. The beast was like something from a nightmare, it emanated hate and malice, its huge insect body squirming against the huge branches that erupted from its flanks. With a second roar it charged towards the wall, hundreds of smaller abominations swarming out of the trees behind it....

Nothing remained but scattered stones and splintered timber. The bog creeping through remains of buildings, sucking everything into its dark depths. The bodies of the townsfolk now swelled the ranks of the Tainted, slowly being consumed by the tree spirits within them. 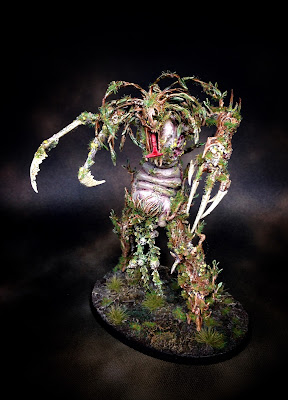 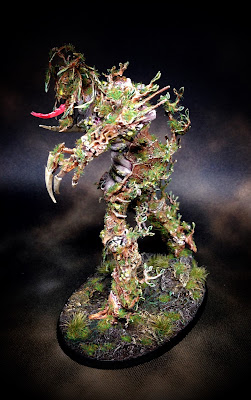 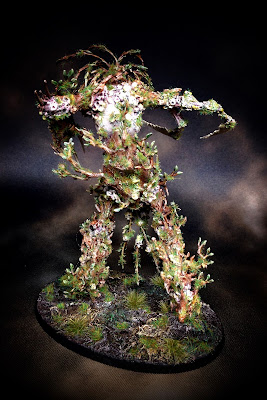 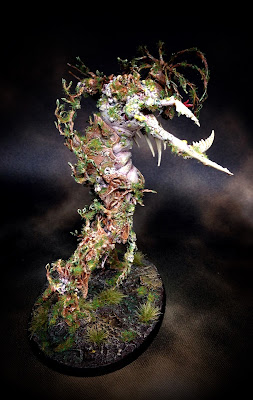 Soooo... Durthu is finished. Had a blast painting him. It did not take me that long, which was a relief. I was a little daunted to tackle him as I had no idea how the scheme would scale up, as it relies heavily on glazing, washes and drybrushing which could look crap on a bigger model. Luckily it works just fine :)

It was a lot of fun getting the different tones and textures out on the skin, that was my favourite bit by far. I am really pleased that the sculpting blends in ok. Always a danger it will just look out of place. Durthu now stands proud with the dryads and branchwych. I only need to paint 6 more dryads and I have worked through the start collecting box, and I can move onto some bigger stuff like the Kurnoth Hunters, which should be fun :) 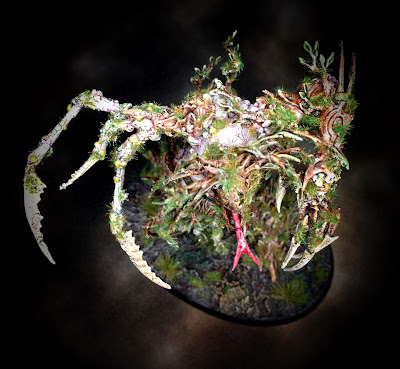 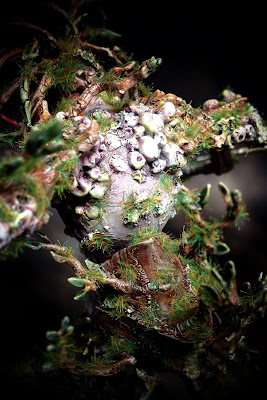 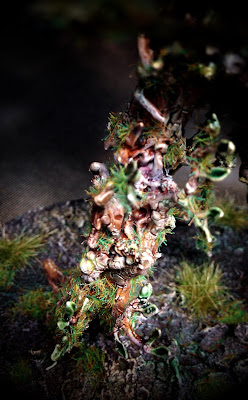 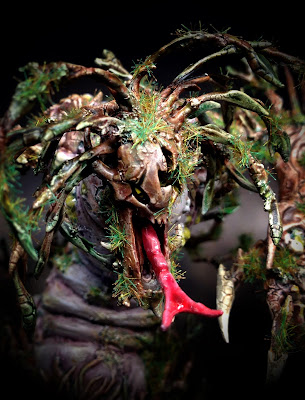 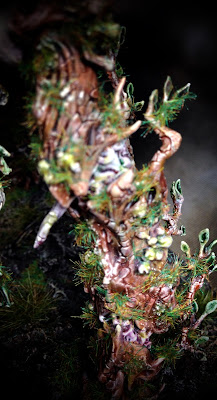 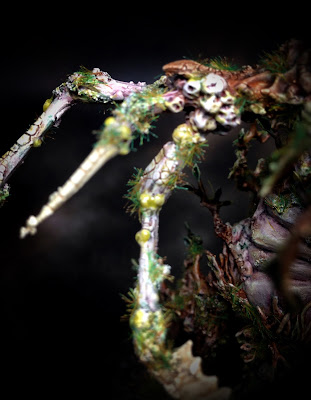 I played him in a few intro games of AOS over the last few weeks, and it was really fun! a great game which I am looking forward to playing more of. Used Durthu last night, but my rolling was appalling so did not really see his full output. He has a small number of attacks, that do a lot of damage, but  unfortunately I could roll nothing but ones and twos so his full potential wasn't seen that much. Hopefully in the future my rolling will improve a bit and he can wreck some face:)