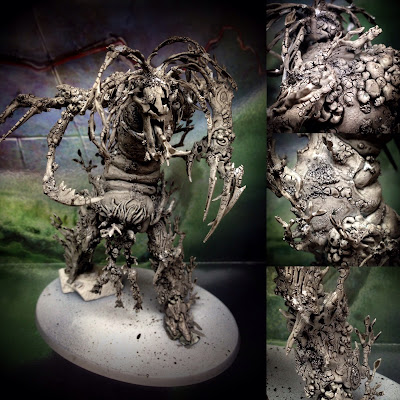 Life swarmed inside the slowly rotting bark on the fallen tree. Thousands of creatures busy in their habitual routine of destruction and re-birth. The mother had been conscious of their presence, as she was of all creatures who lived in her domain.
a new purpose she had in store for one of their number. Already chosen was he. cocooned in the protective shell as he begun the slow process of metamorphosis. Cruelly, the Mother interrupted his slumber. Dark Magik entwined around the cocoon and rotting tree, flesh melding with bark, branches rupturing from bone and shell as her dark power shaped and formed the flesh and wood.
She looked upon her work and was pleased. A mighty warrior stood before her, festering and full of hate. With cracked lips he opened his gaping maw, and the resounding bellow struck fear into all mortals who heard it. "What more horror can come from this forest?" they asked in hushed whispers....

I haven't updated my Durthu project in a while, but slowly and surely I have been chipping away at him in the evenings, and I am chuffed to say he is finally complete. Really, really pleased with how he has come out. A lot of work went into him in the end, but it was all worth it and I thoroughly enjoyed the whole thing.

I had an initial idea of how he was going to look, but the whole process was quite organic. I just went with the flow as the model built up around the shell, ripping and discarding bits when they did not look right or fit the bog theme, and adding parts, such as the pincers, that I thought looked cool and wove narrative around the model. I did not let wysiwig get in the way of this conversion either. Durthu is meant to have a massive sword, but it just did not sit right with the idea I had. He looked too much like the box durthu, with a different body, which was not what I wanted at all. I wanted a creature that had been created by dark magik, grown from the body of an insect and the tree it called its home, fused together by the hate filled arts of the Mother spirit. Narrative really drove this whole conversion, and I think it is better for it. I love that in AOS I have the freedom to be able to do whatever I want, creating a back story and setting in a young world. The different realms and portals really open the game up to narrative play and hobby creation, which is just so exciting. I know 40k does allow this too, but i think that because the background and story is so established it does stifle that creative narrativeness (? Is that a word?) a little. It may have something to do with the rules and the way it plays as well though. Certainly recently I have felt it is much more geared towards more competitive play, with power creep and silly combos just stifling more fluffy balanced play. I know this is just my opinion, based on my local meta and what I see on the net etc, but that is how I have felt for a long time. Needless to say I an incredibly excited for the new ed of 40k.

Anyhoo, side track over, lets get back to the model. He started off with the body from a nurgle plague drone. The legs, rider and head were chopped off (it was an eBay buy, already assembled) and I used wads of greenstuff to position the legs at the hips and on the base. The belly was then accentuated and additional sculpting added to expand it outwards and below.After the GS had all set I added branches to the shell at his back, the idea being that the tree is slowly growing and consuming the body of the insect host, the shell slowly becoming bark and forest. The head was next. I worked on this separately, extending the jaw with paperclips, and then sculpting in the gaping maw around, adding the tongue (the tail from the plague drone) at the end. The hair was a last minute change. I had left it up but got a suggestion when I posted the wip on social media that I should have the tendrils more like dreadlocks, so I chopped them all off, and re positioned so the strands are now hanging over his face. Such a simple modification but it changes the feel of the whole model.
I positioned the arms, then ripped off the sword one as it did not look right, and then rooted though my bits box until I came across the legs from the drone. Perfect for slashing pincers, and they look nice and creepy too :)
Lastly (and this bit took quite a while) the pustules and skin growths were sculpted around the model, primarily around joints and areas where flesh merges into bark etc.

The pictures below show the model before I applied the texture as this stage a) looks like crap, and b) hides all the GS work I have done, which I wanted to show. There is some pics at the end after I had textured and primed the model, which really does give more of a sense of how this model will look once painted. The textures have come out wonderfully. Let me know what you think? 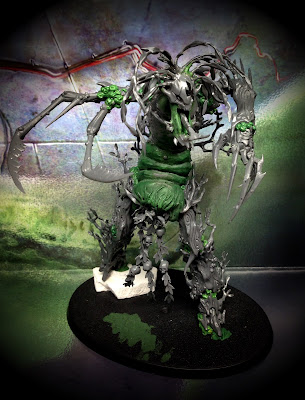 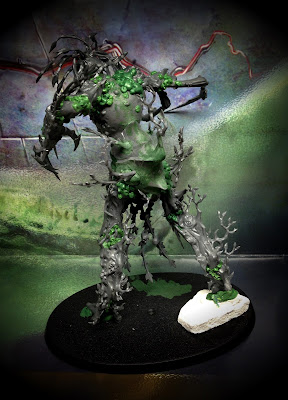 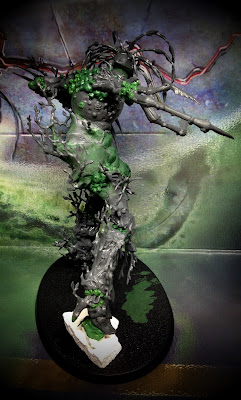 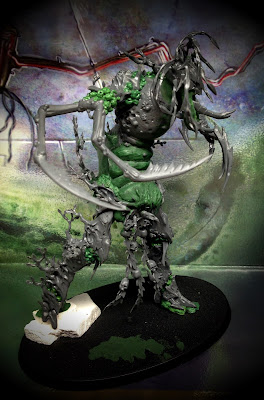 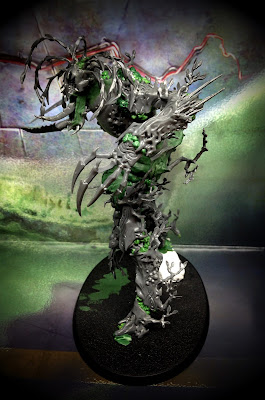 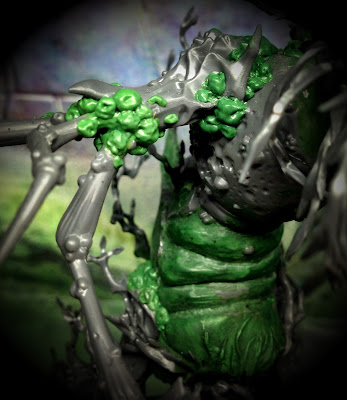 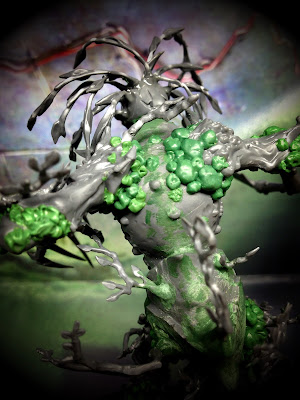 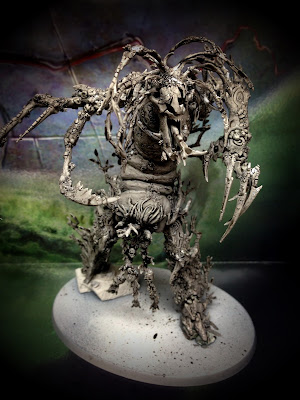 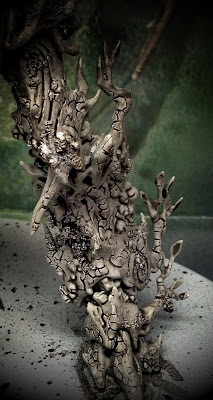 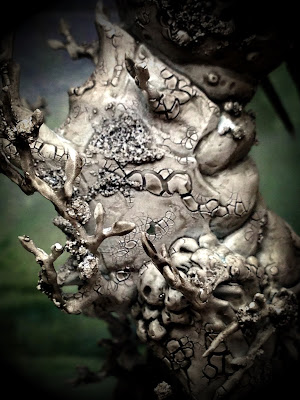 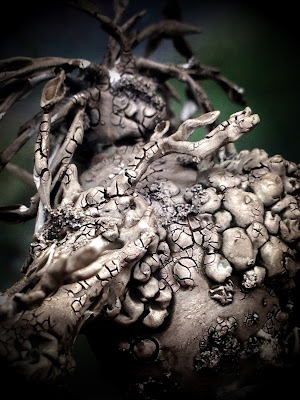