"Something has occurred to my peasantry, the ones who ensured my food supply with their humble labor. Where the storehouse once stood amongst a freshly cut grove now only rubble and spilt red wine remained. Such a lovely shade of red, it made my mouth feel ashen for want of it's taste.


The signs of struggle were everywhere, the attack came quickly and left no survivors. My mind wandered to the barricades, they did little to stop the ferocity of forest folk but they put a sense of dread in me. Why? I never was threatened by my own people's defenses-was I?


Bah! my mind aches but the fey fiends left behind food they had no use for. So much food and red wine. I ponder where the bodies are but my mind starts to hurt, some of this food should help. The food and the so very, very red wine."
-torn passage found in the swamp fort of Sir Verdantdread, Ghoul king of the hallow thirst.


(fluff written by BaronKlatz on Reddit in response to my posting of these. I think its great :) )

Behold the dark spirits, the bog demons, the warped creations of the Mother spirit. Bathed in anger, and stewing in her bitterness she spews their bodies from her womb. Hateful amalgamations of tree, bark and human flesh. Once her prey, now her everlasting servants.....

I hope you enjoy these as much as I have creating them. It really challenged me to paint in a very different way from my other project, La Danse Macabre. Whilst that is very precise, using colours and patterns, wet blending and edge highlighting to achieve the look, these were done with nothing but glazes, washes and drybrushing over a white basecoat. The texture I achieved by applying agrellan earth and stirland mud to the models before painting, and the static grass was added at the very end.

Some great input from Jeff Tibbets, Joe B and Greggles on twitter helped me to thrash out a scheme and get over some hurdles, and the outcome I am really happy with. It really brings out the amalgamation of tree and flesh.

I will write my method of painting these for my own records. I have realised when I leave a project and come back awhile later I cannot remember all the stages or colours I used.

Flesh: - carribough crimson in the recesses and texture
- drybrush flesh followed by pallid wych flesh
- add a purple wash where necessary
- a little of the mournfang brown glaze, green wash and nurgle rot for the cracked skin.                          brybrush down to flesh again

Base: - Base of agrellan badland and stirland battlemire, followed by touches of agrellan earth when                dry
- small lichen glued to base for roots
- wash  whole thing with thinned down black paint
- Heavy drybrush of rhinox hide
- patches drybrushed balor brown
- ushabti bone drybrush over all
- dark green paint drybrush, followed by emerald green on top
- Wash everything with Agrax earthshade

lots of pics below. Let me know what you think 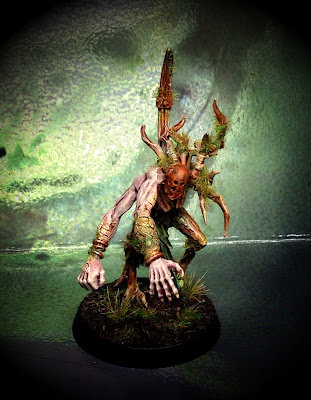 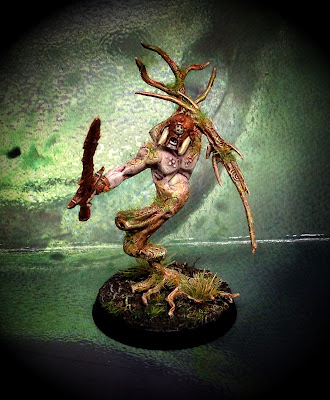 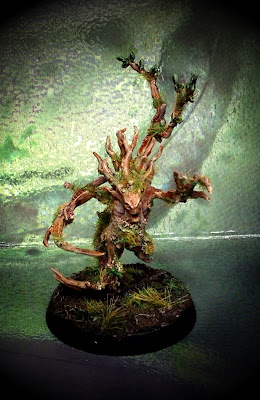 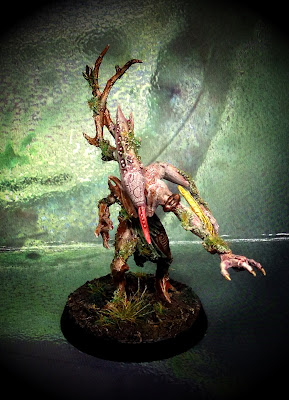 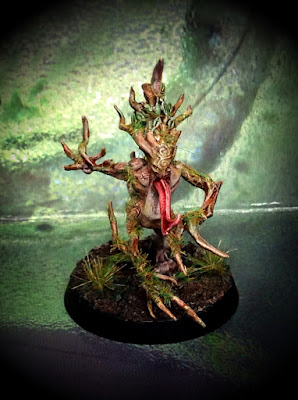 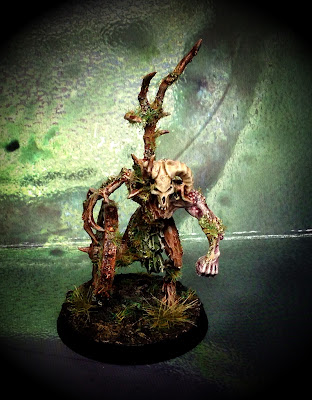 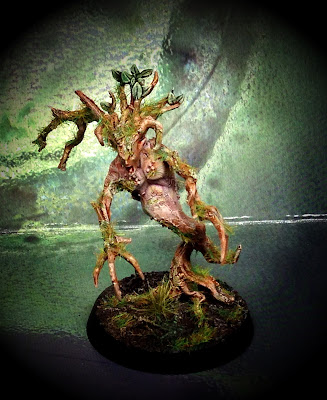 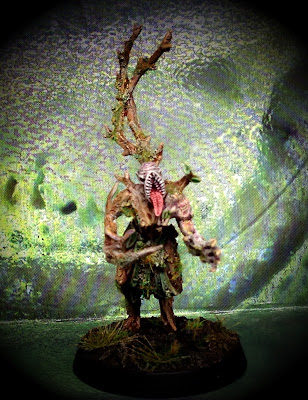 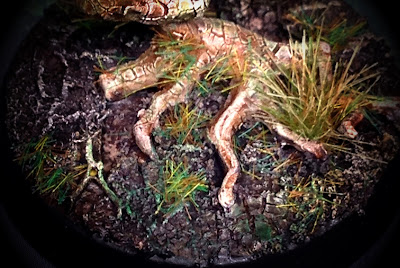 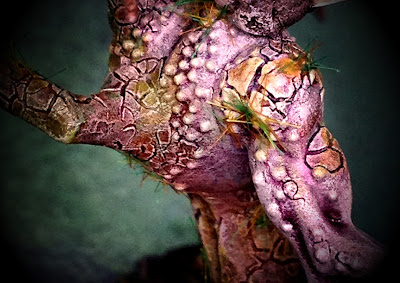 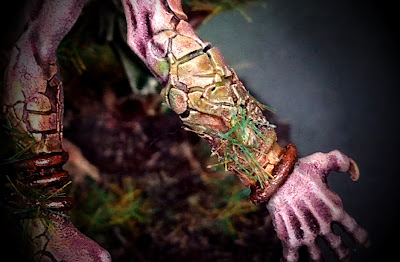 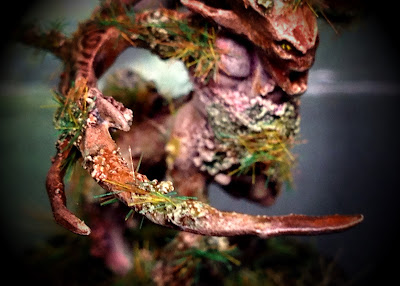 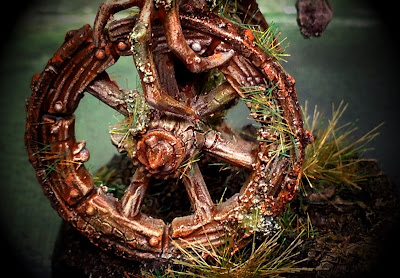 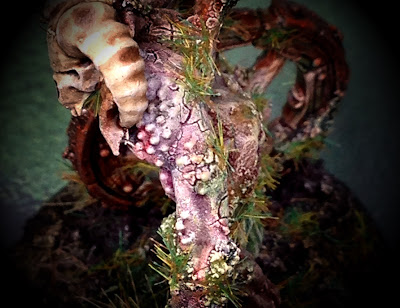 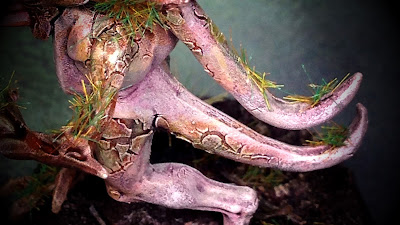